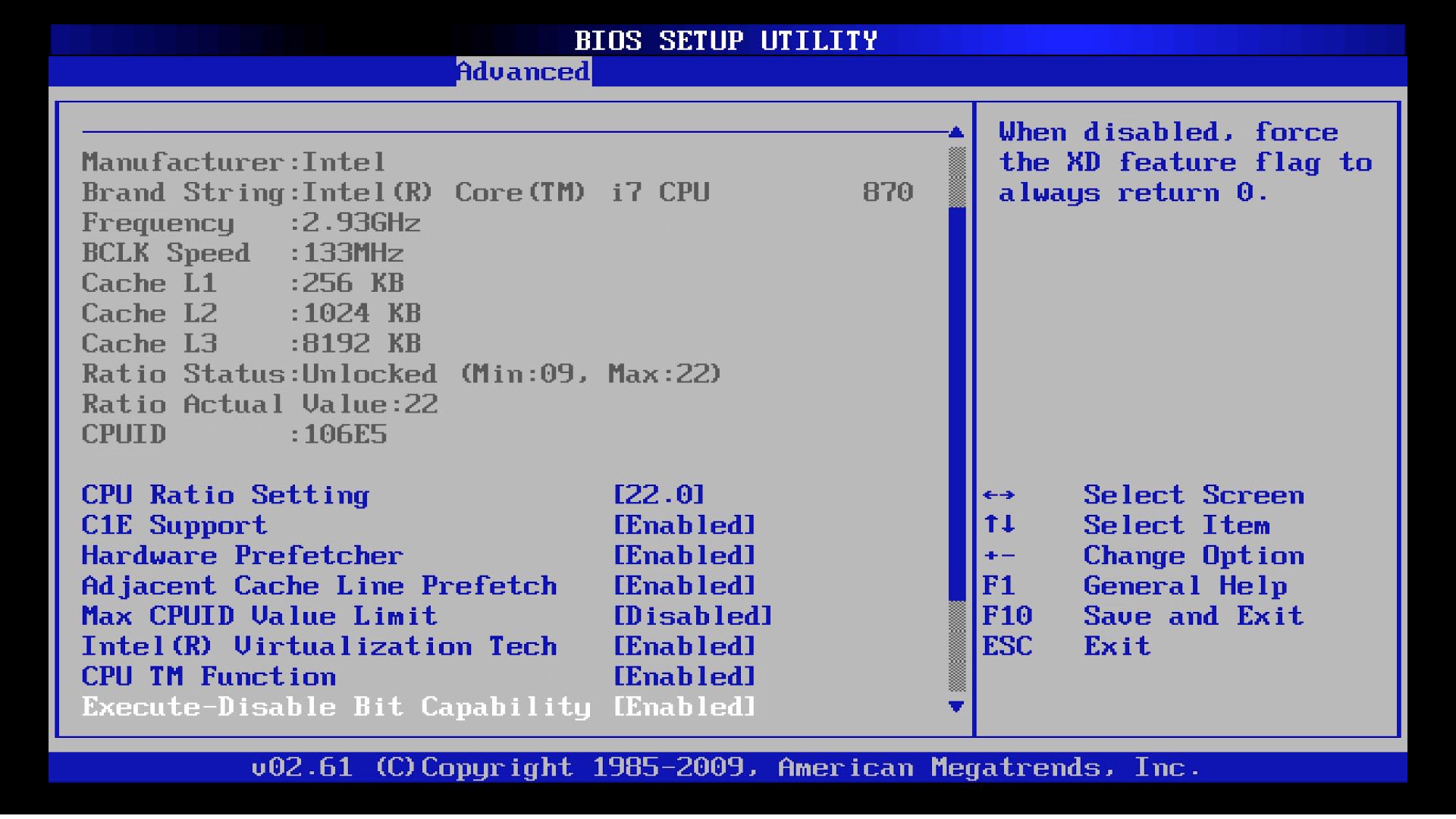 Bios is like the firmware on an industrial PC’s motherboard or even on an uncured PC. Its role is to provide basic management functions for all peripherals located on the motherboard so as to make them fully compatible with operating systems such as Windows 7, Windows 10 and Linux for the most famous.

A BIOS in the card

Thus, even if some famous companies are known to develop reference BIOSes, motherboard manufacturers like ADVANTECH must intervene and modify them to make their card fully compatible with the OS (Operating System or operating system in French).

This is all the more true in the world of industrial PCs in order to give particular characteristics in order to adapt to specific environments. Sometimes the assembler does bios on behalf of their customers, and we are in a good position to know that.

Also the end user may need to change their behavior by modifying a parameter in the BIOS setup: the BIOS setup user interface. It is also sometimes necessary to make it evolve to improve certain functionalities and meet new requirements with regard to the evolution and updates of operating systems.

Indeed, to illustrate these words, imagine a fanless industrial PC placed on a beacon in the open sea, in a difficult to access place or even in a satellite. You may have noticed sometimes, on one of your old computers, a message at startup inviting you to enter the BIOS setup to update the date and time, for example following a failure or wear of the battery.

But suddenly, as long as there is no human intervention, the machine does not start.This behavior can be modified so that the machine restarts anyway thanks to default parameters corresponding to the need specific to the application.

The BIOS being placed in a Flash memory, it can therefore be reprogrammed and in this case, we speak of flashing the BIOS. This is a very delicate operation, because at the slightest misstep the PC motherboard is no longer usable and the only solution is to send it back to the manufacturer.

The BIOS reference manufacturer will provide the software to perform this operation. The first of the precautions to be taken is to place the PC on a saved power supply, behind an inverter that can keep the machine and its screen operating for at least a good quarter of an hour. In the event of a power failure, this allows the operation to be completed without a hitch.

Indeed, during the flashing operation, the BIOS is erased because the new version must be installed at exactly the same physical memory addresses. Next, you have to create a bootable system such as a USB key, or CD containing the new and very important version of the bios, allowing if possible to save the old version of the BIOS installed on the machine. This is why the USB key should be preferred over CD.

The next step, you understand, is to first save the current BIOS version of your card to your USB stick. Indeed, if the new version does not satisfy you or causes problems on your machine, you will be happy to be able to go back.

Then, we move on to the actual flashing operation by entering the command line and its options in the console in the BIOS manufacturer’s manual. Once it’s over, but it’s not always clear when
ends, we turn off the power to the PC and then turn it on again.

WHAT TOOLS SHOULD YOU USE TO CARRY OUT YOUR POSITION AND SPEED MEASUREMENTS?