It includes the study, the realization, the maintenance:

Power electronics, which we should also call “energy conversion electronics” is less than 50 years old. It has experienced such a boom that today nearly 15% of the electrical energy produced is converted in one form or another. During these years the size, weight and cost of converters has only diminished, in large part due to the progress made in the field of electronic switches.

Let us recall that a power converter with unit efficiency (without losses) can only be made up of ideal switches and purely reactive dipoles, therefore without the least parasitic resistance: capacitors and inductors. Reactive dipoles are energy storage elements whose size (and therefore cost) is inversely proportional to the operating frequency.

In addition to traditional power electronics applications such as electric traction and industrial drives, new areas of application have emerged:

It was in the field of high power rectification that the first static converters were developed to replace electromechanical converters. In the 1950s, for electric traction, we turned towards the solution – alternative transport + continuous motorization. The necessary static converters are made using mercury vapor rectifiers (ignitrons) with the same functionality as thyristors.

They are equivalent to a valve in a hydraulic installation.
The two important parameters to take into account are:

The three main faults of the component are:

They are used in the field of high power converters such as traction inverters. They are made in an encapsulated case. The junction which constitutes them is of type PiN (P – Intrinsic – N), or PN-N +. The introduction of a very lightly doped zone makes it possible to obtain a high blocking voltage.

They have recovery times of the order of a few tens of nanoseconds.

They consist of a metal – semiconductor junction. Compared to PiN diodes, the threshold voltage is lower, but the resistance is higher (hence a voltage drop which depends more strongly on the current flowing through it). They can operate at very high frequencies but the maximum permissible reverse voltage is lower. For all these reasons, they are mainly used in converters operating at low voltage and at high frequency: switching power supplies.

These are electronic switches whose blocking or starting are controlled by a voltage (they behave like doors that can be opened or closed at will). They are the most used in the field of low and medium powers ( a few kW).
Their range of use is limited to a few hundred volts, except for the high frequency range where the MOSFET outperforms all other components.
Their main drawback is that in the on state they behave like resistors (RDSon) of a few tens of mΩ. This resistance is responsible for the conduction losses. The MOSFET can also exhibit switching losses when used as a switch in switching power supplies. In fact, at each switching, the parasitic capacitances present at its terminals must be charged or discharged leading to losses in CV².

Compared to power MOS transistors, they require more complicated control and have poorer dynamic performance. However, they are thermally more stable and above all, due to current control, they are less sensitive to electromagnetic disturbances.

The MOS transistor is fast and easy to control, but bipolar transistors have better voltage withstand and exhibit lower on-state voltage drop at high currents. The desire to combine these two advantages has given birth to hybrid components called IGBTs.

Since the 1990s, these have been the most widely used components to make converters operating with voltages from a few hundred volts to a few kV and with currents from a few tens of amperes to a few kA.

Component functioning roughly like a valve controlled by a “tire-Suisse”:

For these reasons the thyristor is reserved for applications concerning very high voltages (> kV) and high currents, where its lower cost compensates for its technical limitations. For example, long distance or submarine direct current – high voltage (HVDC) links are almost always carried out with thyristors.

The rise in frequency of static converters leads to an increase in switching losses in the switches. These losses can be reduced, but above all relocated by adding a switching assistance circuit (CALC) without modifying the operating principle of the converter.
Another possibility is to modify the nature of the switches so that they perform spontaneous switching, also known as soft switching because the losses are zero, but also that of the converters which must then create the switching conditions. These converters are called (quasi) resonant converters.

To achieve the zero crossing of one of the quantities it is necessary to add an oscillating circuit in the assembly, hence their names of quasi-resonant converters.

But in addition to its purely functional names, special names have been given to certain converters. 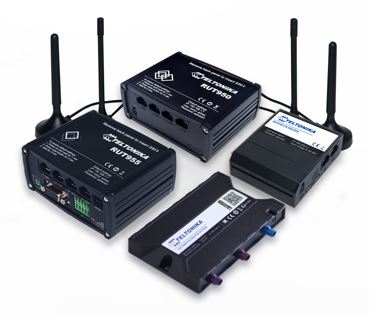 What is data acquisition